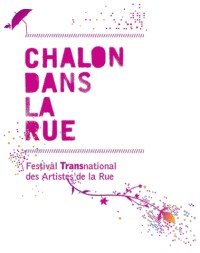 There are numerous summer delights in the east of Burgundy which make it well worthwhile exiting from the A6 Autoroute and following a more leisurely and enjoyable route south to the Med or the mountains.

The festival of street theatre in Chalon-sur-Saone (71 Saone-et-Loire, Bourgogne – Franche-Comté) “Chalon dans la rue” is one of the bigger festivals (18-22 July 2018). The finale in the Place de la Hotel de Ville in 2014 involved a “snow scene” with literally millions of feathers blown into the air and all over the spectators. (Nearby English-run B&B run by John & Carolyn Scallan at Sens-sur-Seille had three rooms worth of spectators they were finding feathers for days afterwards!). Expect to get involved in some way seems to be the message of the festival which features over 100 different theatre groups making the town a great focus of fun and entertainment.

At Bletterans (39 Jura, Franche Comté) the local brewery “Brasserie La Rouget de L’Isle” is offering brewery tours. It is a small artisanal brewery which makes about 6 or 7 different beers of very high quality Mondays – Fridays there are two tours, 1000 & 1500. Saturday and Sunday 1500 only.

Meanwhile for wine lovers there are the local Jura wines to discover – see the Haut Seille website (in French). Wine-tastings on Tuesday evenings are on offer at the Chateau in Lavigny, near Voiteur. (39 Jua, Franche-Comté) – Great fun but a reasonable level of French is needed to enjoy it to its best. One of the local Co-operatives is also running welcome to Jura wines days on Tuesday mornings at 1030.
Mondays in the nearby town of Louhans (71 Saone-et-Loire, Bourgogne) is one of the biggest markets in France! You can get just about anything including live stock! The whole town centre is taken over and they have to have stewards monitoring the pedestrian crossings, otherwise either nobody would get across or traffic would grid-lock in a few minutes! Worth going to and getting a spit roast chicken or similar for a really great picnic lunch (locations can be suggested).
To get the best out of this lesser-known area, good local advice in English is available from John & Carolyn Scallan at their English-run B&B in Sens-sur-Seille

Forget the wine and cheese party?