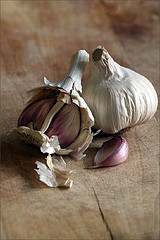 The Independent (5 April 08) has another article based on research (this time from the French National Statistics Institute) which shows that your chances of getting to a healthy old age are better in France than in the UK, and that this is probably due to both diet and red wine!

Despite the French passion for cream, eggs and foie gras, le digestif after a meal, and an addiction to Gitanes cigarettes, they have half our obesity levels, less than half our death rate from heart disease and lower rates of cancer in women (but not men). They play boules and cycle, even in their dotage, which keeps them active enough to enjoy lunch. And lunch they take very seriously – a proper, sit-down, three- or four-course meal from an early age…. there are regional differences. Expectation of life is higher in the south of France than in the north, and especially high in the south-west. If you truly wish to live to be 100, you could try the red wine, olive oil, poultry, fish and haricots of the typical French south-western diet.. Then there is the wine. There have been rapid increases in wine sales in the UK in the past decade, yet British consumption at 27 litres a head per year still has a long way to go to match the French at 64 litres. Despite drinking in greater quantities, the French drink more moderately, with meals, as opposed to binge drinking in Britain.

This tends to reinforce the value of tannic red wines such as Madiran with its high levels of procyanadin which is thought to have beneficial effects on the heart.

I suspect that is also has something to do with the pace of life, as outside of Paris things do appear less frenetic than in the UK – people do stop for lunch and generally seem less hassled – athough not necessarily better humoured! The availability of fresh, locally sourced seasonal food is also clearly better in the many small local markets – and shopping at the market itself can be less stressful than going to the supermarket.
The Red Wine Diet