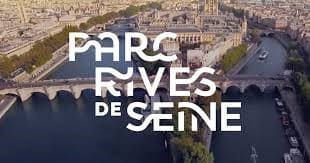 On 2 April 2017 the Mayor of Paris, Anne Hidalgo, opened a new pedestrianised park on the right bank of the Seine in Paris which together with the existing Left Bank park forms a peaceful and enjoyable space by the river, previously characterised by the noise and fumes of busy dual carriageways to be known as the Parc Rives de Seine

Now pedestrians can now stroll along the river from the Place de la Bastille to the Trocadero/Eiffel Tower.

This is another of the initiatives taken by the Mayor to reduce pollution in the city, e.g. by banning all cars from certain areas of Paris on the first Sunday of the month, as well as making public transport and the city’s bicycle and electric vehicle schemes free for the day.

There is also a scheme to reduce vehicle pollution in Paris, Grenoble and Lyon with the Air Quality Certificate is a secure document issued on the basis of information which appears on the vehicle registration certificate . It certifies the vehicle’s environmental class based on pollutant emissions. The six different coloured Crit’Air (air criteria) stickers indicate the age and cleanliness of a vehicle. Certain vehicles – including petrol and diesel cars registered before 1996; vans registered before 1997; pre-2000 scooters and motorbikes; and lorries, trucks and buses from before 2001 – are banned from the city between 8am and 8pm. And it does apply to foreign registered vehicles too – it costs about €4.00 but the fine for failing to display a sticker could be €68.00!
You can buy a certificate online at www.certificat-air.gouv.fr

For more about the Parc Rives de Seine see www.paris.fr/rivesdeseine

The Top places to visit in France

A20 Autoroute to Dordogne, Lot & Toulouse