A new and dramatic venture is to open in Bordeaux (33 Gironde, ALPC) on 1 June 2016– la Cité des Civilisations du Vin. This will be a world wine centre, showcasing wine and cultures across the world, albeit based in probably the most important wine city in the world.

A unique venue for culture and recreation where wine comes to life through an immersive, sensorial approach This is all set within an evocative architectural design. La Cité du Vin gives a different view of wine, across the world, across the ages, across all cultures and all civilisations. La Cité du Vin invites you on a lively, eye-opening journey around a world of wine and culture. Embark on an immersive, sensory adventure to discover the cultures and civilisations of wine. In an open exhibition space occupying more than 3,000 m², nearly twenty different themed areas invite you to take a voyage of discovery and enjoy a unique experience exploring the many and varied facets of wine across time and space.

One of the most exciting aspects of the building should be the Belvedere – on the 8th Floor, from where you will be able to see a stunning 360o panorama of the City of Bordeaux, the river Garonne and the old wine quarter and wharves – Les Chartrons!

For more info see www.laciteduvin.com. The centre is located to the north of the city centre along the river adjacent to the new bridge – Pont Chaban-Delmas on the Quai de Bacalan – Tram line B! 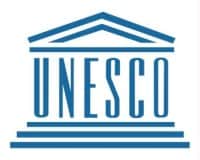 The Port de la Lune, port city of Bordeaux in south-west France, is inscribed as an inhabited historic city, an outstanding urban and architectural ensemble, created in the age of the Enlightenment, whose values continued up to the first half of the 20th century, with more protected buildings than any other French city except Paris. It is also recognized for its historic role as a place of exchange of cultural values over more than 2,000 years, particularly since the 12th century due to commercial links with Britain and the Low Lands. Urban plans and architectural ensembles of the early 18th century onwards place the city as an outstanding example of innovative classical and neoclassical trends and give it an exceptional urban and architectural unity and coherence. Its urban form represents the success of philosophers who wanted to make towns into melting pots of humanism, universality and culture. (Unesco)
Get the best rates for hotels in Bordeaux

Vichy – What does Vichy make you think of?