The beautiful and elegant Viaduc de Millau designed by Norman Foster is a breathtaking sight in the middle of an otherwise little-known region of France. The stunning photograph here comes from the Independent and Mercedes magazine Poise.

The A75 Autoroute (la Meridienne) runs down from Clermont Ferrand (63 Puy-de-Dome, Auvergne) to Pezenas (34 Herault, Languedoc) across the Tarn Gorge at Millau (12 Aveyron, Midi-Pyrenees).The whole area is ripe for exploring including the vineyards of the Languedoc and Auvergne, the vulcanic landscapes of the Auverge, thermal spas, Templar castles…….

The spectacular bridge (viaduc) dramatically spanning the gorge of the river Tarn west of Millau was opened in 2004 and was designed by British architect Sir Norman Foster. The bridge has now been voted one of the top attractions in France by the French! (France2 TV).

For more info on the Millau Bridge – see www.leviaducdemillau.com

In Millau stay at the Hericlea Hotel Sport, located on the banks of the Tarn with great views of the Bridge – hotel with pool and great views from the hotel terrace. 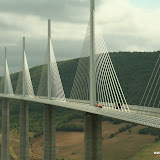 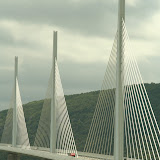 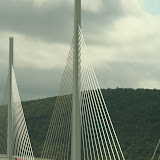 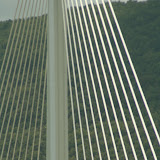 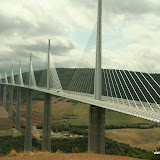 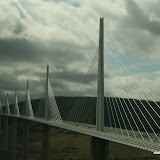 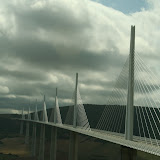 Fly/Drive to France with a Motorhome

Some of the best Railway Journeys in France