30 minutes or so East of Paris, The Museum of the Great War (Musée de la Grande Guerre) is in Meaux (77 Seine et Marne, Ile de France):

a Museum of History and Society

A new perspective on one of the 20th century’s major conflicts, the First World War, for better understanding of the world of today.

Housing a collection unparalleled anywhere in Europe, the Musée de la Grande Guerre in Pays de Meaux offers a new vision of the first worldwide conflict [1914-1918], through innovative scenography illustrating the great changes and upheavals in society that resulted from it. A remarkable heritage to be handed on to future generations. A museum of’ history and society to help learn of past hardships, better understand present-day society and build tomorrow’s world. 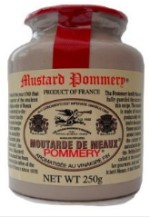 One of numerous museums focussed in World War I (the Great War as the French call it), this recently opened museum has both temporary and permanent exhibitions. Meaux is in the heart of the Marne battlefields, but also has a splendid Cathedral (St Etienne) and other cultural treasures. However, Meaux is probably most widely known for the cheese Brie de Meaux and Meaux mustard,

see also the Historial at Péronne