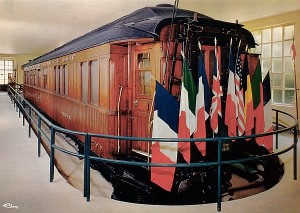 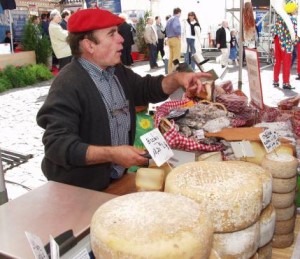 Compiegne styles itself as an “Imperial Town” based on its connection with Napoleon and other French kings – the Chateau de Compiegne and the surrounding forests (for hunting) were a royal and imperial favourite – and conveniently lying just about 80km north of Paris.

The Chateau is worth visiting for its 3 museums – The Historic Apartments, The Museum of the Second Empire, and the National Museum of Cars & Tourisme (Musée National de la Voiture et du Tourisme), established in 1927!!

But of course, Compiegne has more recent claims to fame – the Armistice following the First World War was signed in a railway carriage in the forest of Compiegne – there is now an Armistice Museum which contains a replica of the Wagon-Lits Carriage where the Armistice was signed (and where in 1940 Hitler humiliated the French in return after the Fall of France).

The other claim to fame is that Compiegne is the start of the gruelling Paris-Roubaix cycle race each April.

Paris in the Rain