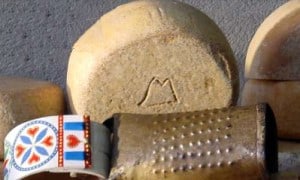 Pyrenean cheeses (goats, cow and sheep milk are all used) come from the rich pastures of the foothills of the Pyrenees, where the air is clear and the traditions go back centuries. The

highlight tends to be Ossau-Iraty AOP – cheeses made from whole raw sheeps (brébis) milk cheese. This is Basque country and the Fair also includes a traditional market, with period costumes from the time of Henri IV. Expect music, dancing, processions and cheese demonstrations!

For more info on the Pyrenees Cheese Fair see www.ossau-pyrenees.com/

Holiday accommodation in Laruns includes hotels, self-catering and B&Bs including the B&B at Casa Paulou which is in the centre of the village and offers great views of the mountains from each bedroom.

Ossau-Iraty cheese is made from the milk of Manech ewes, and is produced by farmers, artisans, co-operatives and some industrial-scale creameries. Affinage (maturing) takes 90 days (60 days for the smaller cheeses) at a cellar temperature below 12oC. The Ossau-Iraty unites two regions of France in the Western Pyrénées: Ossau in the valley of the Béarn, and Iraty in the beech forests of the Pays Basque. The Ossau-Iraty is full of a delicious, nutty, robust taste if it is produced during the period from June to September when the herds move up to the high mountain meadows. Laruns is the most easterly point on the Route du Fromage which starts in Saint Jean de Luz on the coast of the Bay of Biscay (Golfe de Gascogne). www.ossau-iraty.fr 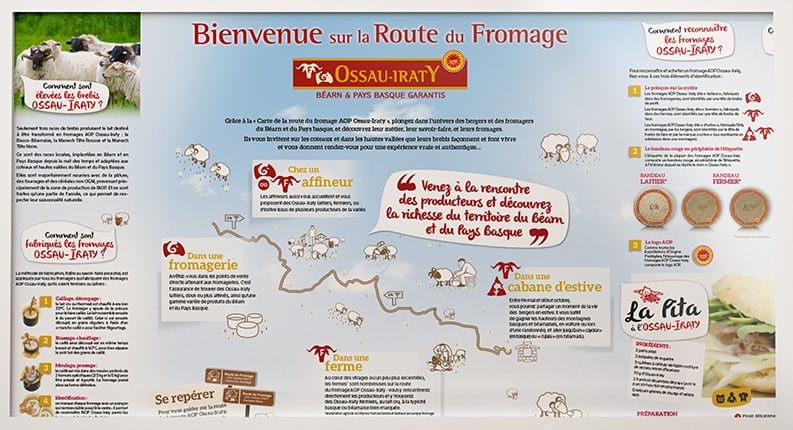 French Roads and traffic in October