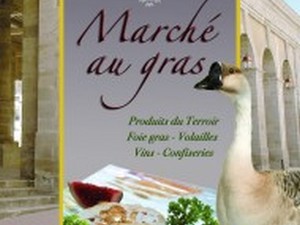 The town of Carcassonne (11 Aude, Occitanie) holds its “Marché aux Gras” (literally “fat market) on 15 December 2019 in the Salle du Dome – as with other towns in the Southwest of France this is an opportunity to purchase sumptuous goose and duck products – whole birds. foie gras, confits etc – wonderfully rich and hearty fare for the season – mouth-watering stuff. – over 60 exhibitors to browse!

Self-catering, B&B, Hotels and other accommodation in and around Carcassonne – such as the B&B Logis des Remparts which is situated within Carcassonne’s medieval ramparts, and dates from the 17th century!

Carcassonne, a city imbued with the spirit of the past, boasts 2500 years of history and is privileged to have two UNESCO World Heritage sites: the Canal du Midi, classified in 1996, and the Medieval City in 1997.