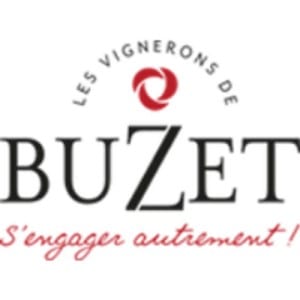 Co-operative – Les Vignerons Réunis de Buzet who over the years have regenerated the quality and reputation of Buzet wines. Using the same grape varietals as neighbouring Bordeaux (Cabernet Sauvingon, Cabernet Franc and Merlot) they produce consistently good wines, often great value for money. The top of the range is the Baron d’Ardeuil which is an oaked red using older vines and aged in barrels made on site. They have their own barrel-maker (tonnelier) and it is one of the reasons to visit the cave on the outskirts of Buzet.
Originally the Baron d’Ardeuil cuvée was called “Cuvée Napoleon”, but by a perverse quirk of EU copyright laws, this name had been registered by a German wine company and hence the French could not call it “Cuvée Napoleon”. I’m sure that went down well for Franco-German relations!
Their “Tradition” range of red, white and rosé is always good and very drinkable, whilst the Lys range are a fruity younger style to be served slightly chilled in their elegant bottles – excellent for lunch. In addition the Co-op vinifies and bottles the wines from numerous local chateaux which are then sold under the chateau name.

For more on the Le Fest à Buzet see albret-tourisme.com

Where to eat Cassoulet in the UK