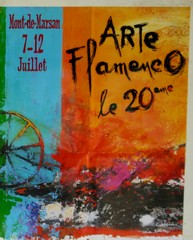 The South West of France has strong connections with its Spanish neighbours on the other side of the Pyrenees.

These links were strengthened during the Spanish Civil War when many refugees sought sanctuary in the region and were welcomed. The traditions of bull-fighting, music and dance were keenly integrated in different areas. The Basque country traditions naturally span the border on the Atlantic side, but also Catalan and other influences have spread to the east.

Located midway between the ocean and the mountains, the center of the largest forest in Europe, Mont-de-Marsan is the prefecture of the Landes department since 1790. The city Gascon, with three rivers and four flowers, with over 32,000 inhabitants (Montois (s)).

Around 1133, Pierre de Lobaner, Viscount of Marsan, founded a castelnau (Old Castle) at the confluence of the rivers, to protect the country and keep the river port. It was enlarged in the 14th with Lacataye, Castle Nolibos, the Greater and Lesser pincers.

In the 18th century, four convents settled: the Poor Clares, the Ursulines, the Franciscans and Barnabites.

The 19th century was marked by the passage of Napoleon to whom we owe a fine ensemble neoclassical in the Rue Victor Hugo: prefecture, police, courthouse, jail, Madeleine.

Lille and its art